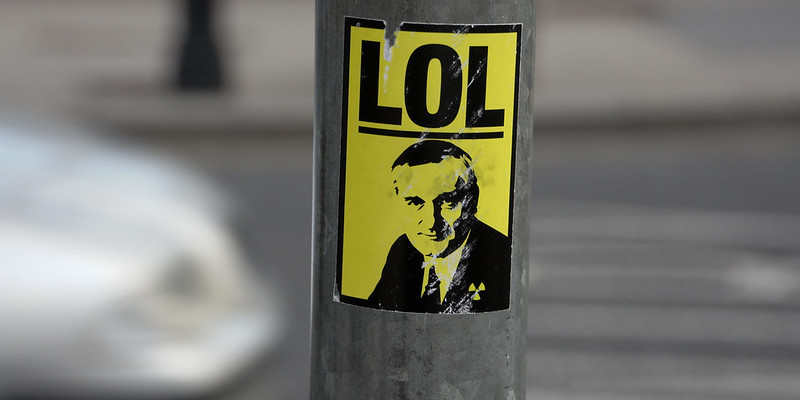 “YES, AND…” is the rule-of-thumb response in improv comedy. It’s also a great way to lead. The ‘yes’ immediately encourages the acceptance of the contributions added by others, rather than shutting down the views of others, and the ‘and’ opens the contribution for further positive refinement. The words ‘no’ and ‘but’ are the polar opposites. Listening to others is a valuable leadership skill. Comedy can also make you a better leader in other ways.

Engagement is human resources lingo for that emotional attachment employees feel towards their workplace, job role, position within the company, colleagues and culture and the affect this attachment has on wellbeing and productivity. Consulting firm, Aon Hewitt, found that a 5% increase in employee engagement is linked to a 3% increase in revenue growth in the subsequent year. So laughs really are valuable.

A new study from Oxford University supports a long-held theory that laughter triggers an increase in endorphins, the brain chemicals that can help you feel good, distract you from pain and maybe deliver other health benefits. So laughs are therapeutic.

According to Auckland University researchers, just one in five people surveyed enjoyed ‘fun’ events organised by their workplaces. The well-meaning HR department may think a wear-your-PJs-to-work-day is great, but some staff just find it cringe-worthy or even upsetting, said Auckland University senior lecturer Dr Barbara Plester. So laughs are safe.

The finance department loves the word turnover, but human resources and customer service departments do not. Turnover of staff means re-hiring, re-training, and a re-ducing productivity. High turnover of customers means increased sales and marketing spend. Comedy can fix both turnovers. Just take Seattle’s very real Pike Place Fish Market, world famous and wildly successful thanks to its fun, bustling, joyful atmosphere and customer service. The book Fish! says it all. So laughs are profitable.

Karuna Subramaniam, from Northwestern University, found that boosting the mood of volunteers increased their likelihood of having an ‘aha!’ moment as measured by their ability to solve a word association puzzle. Her findings pointed to laughter helping people solve problems that demand creative solutions, by making it easier to think more broadly and associate ideas/relationships more freely. So laughs help us solve problems.

So since comedy can make you a better leader, instead of attending the dreaded leadership program offered by a dusty old business school or dry consulting firm, enrol in a stand-up comedy course. Courses are available in person and online, so there really is no excuse.