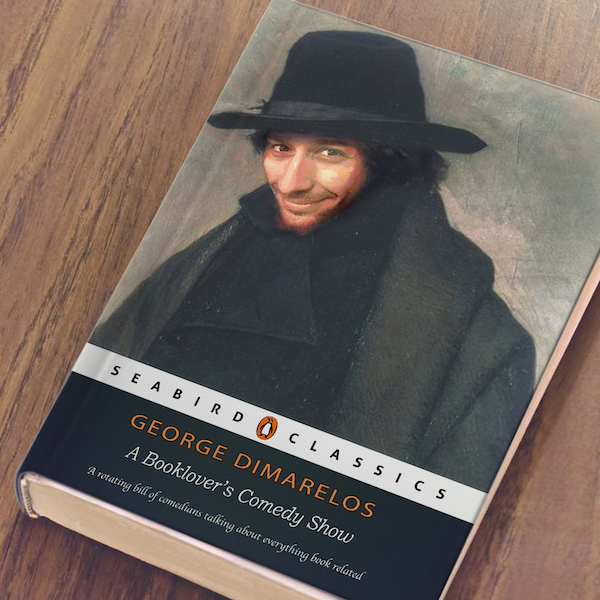 Engaging, well-read and witty – three words that perfectly sum up both comedian George Dimarelos and his latest hour long show at the Adelaide Fringe, A Bookish Comedy Show.

Appropriately set, given his ethnic heritage, in the back room of a converted Greek Taverna, this show gives this Greek fantasy geek free rein to explore his, and his fellow comedians’ love of books and all things literary.

This is a highly interactive show with audience participation gleaned through book related quizzes and games, as well as by George’s charmingly polite questioning of the audience on their reading preferences.

But this is not an elitist or highbrow show. Dimarelos and company share more than enough personal stories to ensure it is fully relatable. On each night of his, sadly short, three-night run, other comedians support Dimarelos, adapting their material to its most book adjacent or literary forms.

On opening night he was joined on stage by Aidan Jones and Lewis Garnham – both impressive enough to have their shows added to my personal Adeliade Fringe ‘must-see’ list. Jones helped teach us the meaning of regret and thwarted love through his personal remembrance of a passage from Orwell’s 1984. Garnham suffered through the agony of performing in front of his former high school English teacher and delighted all with his subtle use of irony.

Future shows will include equally talented comics in the form of Simon Taylor, Mick Neven, Marcus Ryan and Andrew Silverwood.

This show is highly recommended to anyone who has ever encountered a book. Get in quick though, run ends March 4.