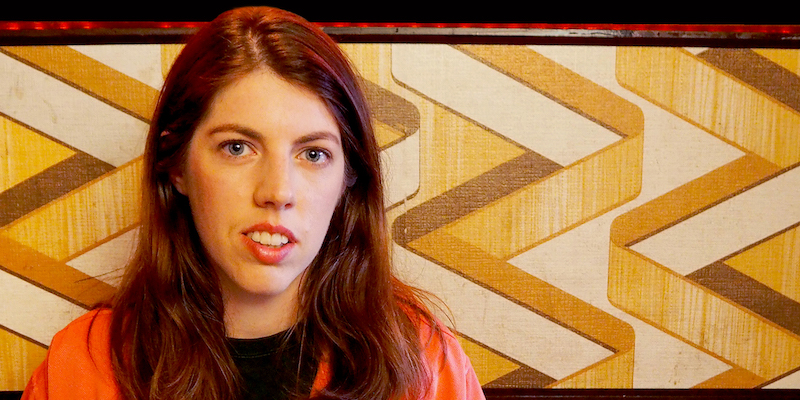 Tuesday 19th, 2020 was a strange night in some ways as gigs seemed to either be full to overflowing or scratching around for an audience. Night one of this brand-new show landed somewhere in between with an empty front row and the audience essentially split into two halves by empty seats. This obviously affected the dynamic of the room and comedian Alex Ward, fresh in from Melbourne on the day, had to work hard for her money.

When a show is based around a through line of a personal experience it’s crucial that the performer is relatable and preferably likeable for the audience to invest in the journey. Thankfully Alex has both attributes in spades, and when the opportunities arose to interact with the audience there were impressive glimpses of the performer that Alex has become.

Feeling her way somewhat with the new show there were still genuine laugh out loud moments, some clever ideas in play, and a knack of being able to lead the audience along a train of thought before subverting their expectations.

“No Flirting” was the pre-show promise so I brought my wife to this gig. We have different views on shows, and she has faithfully sat through many a gig that mainly appealed to me. I was therefore glad to see her laughing along at this one, and she seemed to genuinely warm to Alex and what she was trying to do.

Comedian Alex Ward has been performing stand up for 5 years and in that short time has achieved a credit worthy amount. In 2018 alone Alex appeared on ABC Uplate Comedy, Tonightly with Tom Ballard, Triple J’s Good Az Friday and The Project (as her character Pam). Alex is also a comedy writer for Network Ten’s ‘The Project’.

I think this show will blossom if Adelaide can provide an audience to work with.

Reviews of stand-up comedy shows are conducted by alumni of the School of Hard Knock Knocks. The School also interviews stand-up comedians via our podcast.