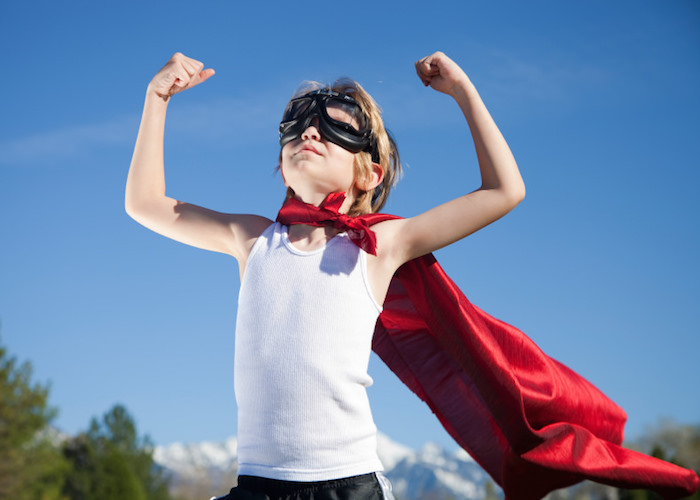 Stand-up comedy can be terrifying. Jim Jefferies compares it to acting, stating that acting is “harder than a lot of things in life, but it’s not as hard as stand-up comedy.” If a pro like Jefferies thinks it’s tough, then you better believe it! But it doesn’t have to be all sweaty palms and tears. But building confidence in stand-up comedy isn’t that difficult. Here’s four tips we teach in our stand-up comedy course:

Body language is key to building confidence on stage. “Speak straight and stand strong,” says comedian, John Hickey. “Don’t shuffle, put your hands in your pockets, or fidget. Plant your feet firmly and maintain eye contact with the crowd.” Animals that are confident, or want to appear so, make themselves bigger. The opposite is true for animals that are scared. School of Hard Knock Knocks co-founder, Ben Horowitz, found out early in his career that if he leaves the mic on the stand and doesn’t touch it throughout his set his body language remains open. Then again, Ben has never had a confidence problem.

One Person, One Thought

Scanning the audience in an ‘M’ or ‘W’ shape is often taught in public speaking training sessions. Alternatively, some are taught to look above the heads of their audience – all this can create nervousness because it triggers the ‘fight-or-flight’ reaction. And you don’t want either of those up on stage. Instead, focus on one person at at time – for about 5 to 7 seconds. You’ll connect to the audience this way, and avoid looking like you’re watching the tennis.

Our memory is linked to feelings. If we remember a sad event in our life it will negatively affect both our feelings and physiology. Alternatively, when we remember a positive time in our life, this will release hormones that will make us feel positive and look upbeat. So just before you go up on stage, don’t be visualising that time you fell off your bike. Think positive thoughts, like the time you did that backflip 360 on your BMX in front of your mates, and then fell of your bike.

Unfortunately nothing is going to replace good old fashion practice. This School of Hard Knock Knocks will give you a lot of time to get up and show your stuff, but you’ll still need to multiply that by 100 to be really, really good. Sorry. There is no fast track to success in comedy.

You’ll learn a bunch more skills at the School of Hard Knock Knocks stand-up comedy course, whether you do our online or in-person course.