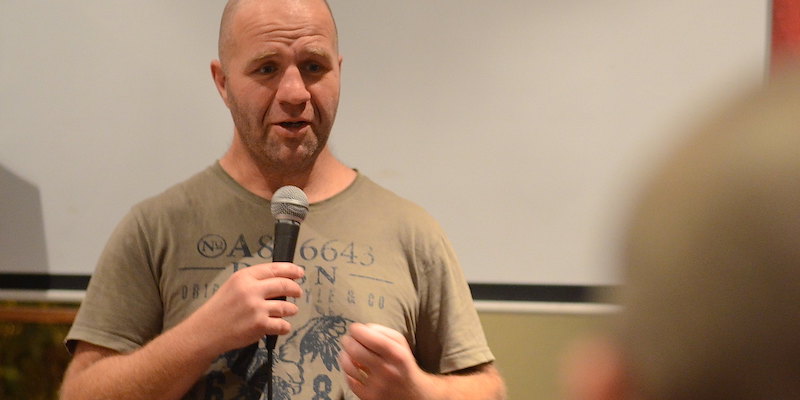 Can you teach someone how to be funny?  Theoretically, yes. The funny bone is not a womb. It’s not present in some people, but not in others. However, there is a definite pre-existing condition that gives a clear indication, like height for a jockey or basketballer, that a career in comedy is more likely.

So what is that condition that will ensure that the School of Hard Knock Knocks can teach someone how to be funny? Simple. You’ve been told by someone else that ‘you are funny’.

If you’ve ever been told, “Fuck me! You’re funny!” or “You’re one funny bugger”, then chances are you are! And that’s the first step to being ‘funny on purpose’. And when you can turn on the ‘funny-switch’, you have a chance at a stand-up comedy career. The next step is learning the technique.

Even Introverts are Funny

“The way their (children’s) stories have a beginning, a middle, a resolution — also known as a punchline — is the same as the way a comedian tells a story. It’s just that as we age, we tend to be driven by the ego and a need to impress. We lose the knack for being completely driven by the need to tell the story.”

So if someone’s told you that you’re funny, what are you waiting for?! Enrol in our next stand-up comedy course today.