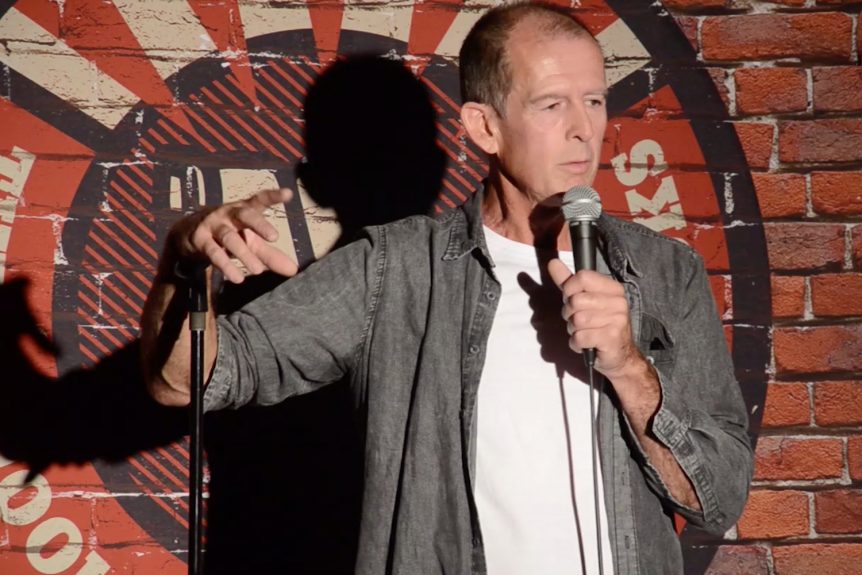 Each week the School of Hard Knock Knocks highlights one of our recent graduates from our Adelaide, Melbourne or Sydney courses. This week, it’s the hilarious Andy High.

Andy High, who likes to go by the name ‘Andy the Pom’ attended the January 2020 stand-up comedy course in Melbourne, with guest comedian Gerry Masi.

Graduates of the School of Hard Knock Knocks are invited to perform at Punchlines Comedy Club in Melbourne, Adelaide Fringe Festival, and the Melbourne International Comedy Festival – all paid!