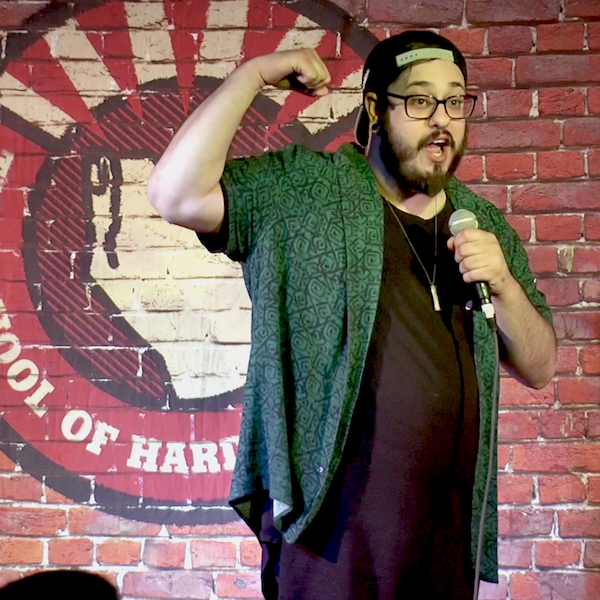 Each week the School of Hard Knock Knocks highlights one of our recent graduates from our Adelaide, Melbourne or Sydney courses. This week, it’s the hilarious Matt Vella.

Matt attended the January 2020 stand-up comedy course in Sydney, with guest comedian Matt Okine, and this video on Facebook has gone viral – hitting well over 3,700 views within its first week.

When Matt’s not on stage he’s an international award-winning filmmaker & entertainer from Blacktown, Western Sydney.