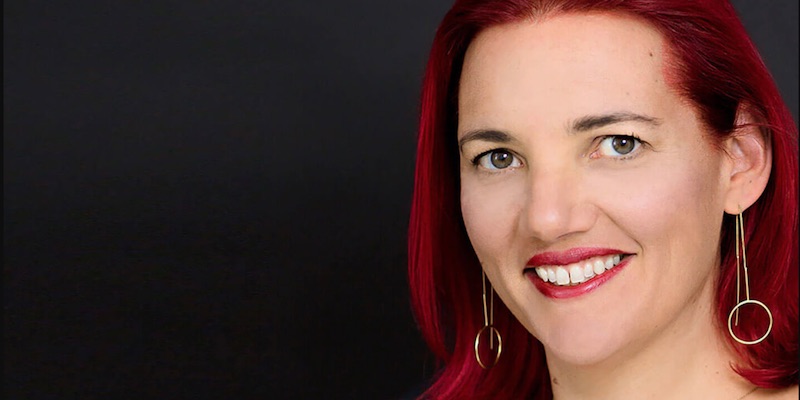 Each month the Hard Knock Knocks comedy school highlights one of our graduates from our Adelaide, Melbourne or Sydney courses. This week, it’s Monica Rosenfeld from Sydney.

Monica is a Professional Speaker and workshop facilitator, helping leaders and teams communicate with confidence, clarity and charisma. She always loved watching comedy, and kept noticing things in life that would make great stand-up material. Eventually curiosity got the better of her, and she decided to do The Hard Knock Knocks comedy course in February 2019.

With three kids and a dog (a Shetland sheepdog she refers to as “mini-lassie”), Monica likes to (over)share her life experiences on stage. This helps normalise things that people don’t generally talk about.

Her storytelling style seems to have served her well – just six months after doing the Hard Knock Knocks course, she participated in a charity fundraiser called Pitch 2 Punchline. Along with around 10 others from the media industry, she performed to 400 people at the Sydney Opera House. She also performed a split show, Tales from the Middle Agers, at this year’s Sydney Comedy Festival, with both shows sold out and receiving great feedback.

Outside of comedy, Monica produces an in-person storytelling event called Stories that Stir. Six speakers share a 10-minute personal story based on a theme. She created it to break down barriers, stir conversation, and inspire positive change. These events are recorded, so you can catch up by listening to the Stories that Stir Podcast on any podcast app.