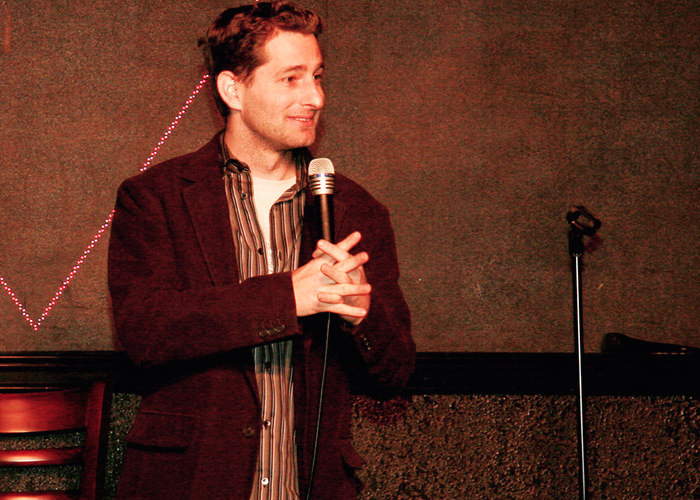 How do you remember stand-up comedy? You know each joke by heart. You’ve practiced a hundred times. But still, there you are, staring at the sea of faces from the stage, with a metaphorical tumbleweed rolling through your head.

Crap! You’ve got an acute case of stage fright.

Stand-up comedian and School of Hard Knock Knocks co-founder, Ben Horowitz, knows the feeling. As an ex-boxer that’s been smacked int the head thousands of times, he jokes that if he ever draws a mental blank, all he has to do is talk about himself. “My name is Ben and I live in Bentleigh. That’s no coincidence. I live there on purpose, so if I ever have a lapse, all I have to do is remember my name, and I’m half way home! What IS a coincidence, though, is that my ex-wife lives in Hawthorn!”

Joking aside, using one’s personal life is an excellent way of kickstarting a blank mind as well as remembering the entire order of a stand-up comedy set. Welcome to the ancient Roman technique known as the Method of Loci, or in modern times, the Memory Palace.

Here’s how it works:

1. Think of a place you are very familiar with; your home, workplace, or even a common outdoor walk. The more familiar you are with the location, the easier it will be to recall objects in a specific order.

2. Create a pathway, that you can easily repeat in your mind. For example, you might start in front of the letterbox, walk up the garden path, walk under the veranda, open the front door, walk down the corridor passing the toilet on your left, before entering the kitchen, and then finishing up in the living room. You must remember this path in exactly the same order each time – letterbox, garden path, veranda, front door, corridor, toilet, kitchen and living room – and then repeat the path in your head, again and again and again.

3. Now add objects or people along the path that are related to each joke. For example, School of Hard Knock Knocks co-founder, Morry Morgan, pictures a large family of kids of different ages standing next to his family letterbox. This triggers his opening joke:

“Hi everyone. I came from a large family; eight kids. Yeah, I left them tied up, and stole their TV. That’s why I’m a little late today.”

4. Be creative with your objects. For the joke, “They say three’s a crowd. Yeah, well not when you’re stage diving, kids.” Morry pictures three Def Leppard t-shirt wearing concert goers slumped in his empty bathtub. The bathroom is the fifth loci in his Memory Palace.

Using this technique is not only useful for memorising your stand-up comedy set. If you’re a student you could use this for memorising the entire Periodic Table of Elements in chemistry, countries in geography, or leaders from history. You could also use it to remember the groceries, if you have a habit of leaving the list at home.

What this technique can’t do, however, is help you write good jokes. For that, you’ll need to join our next stand-up comedy course in Adelaide, Melbourne or Sydney. Then you’ll learn how to remember stand-up comedy.