What is this national obsession with laughter? What makes someone who has never even delivered a best man speech at a wedding want to stand up in front of a room full of total strangers and attempt to make them laugh? As it turns out, the list of reasons are as intriguing and eclectic as the people determined to give it a try. 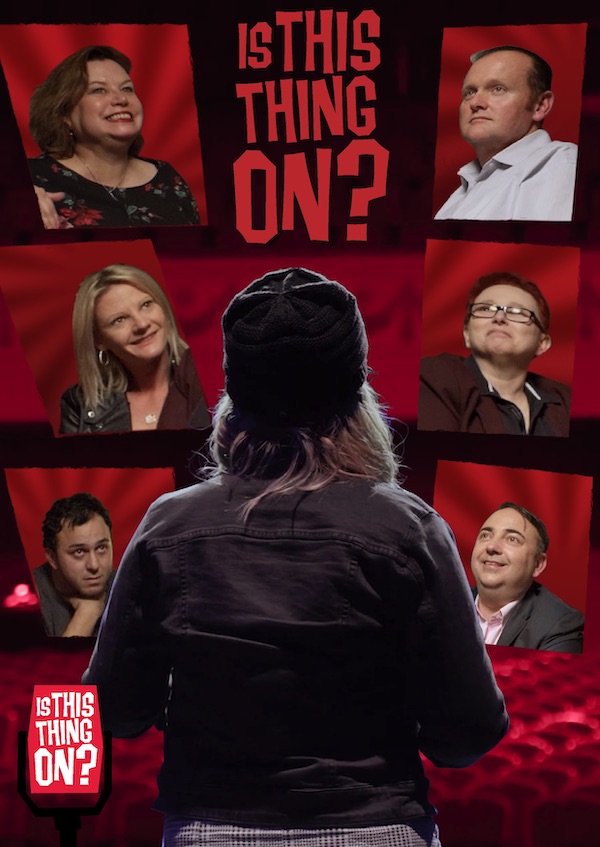 Over six emotionally charged and hysterically funny episodes, ‘Is This Thing On?’ follows ten diverse class mates from a broad cross-section of cultures, religions and socio-economic backgrounds as they embark on a journey to become Australia‘s next big comedy star.

In a pursuit that calls for soul-searching honesty to truly excel, each wannabe comedian is thrust into a roller coaster of emotion as they battle conflict within themselves and with each other, on their quest to discover the comedian within.

Along the way, each student is guided by some of Australia’s funniest and most accomplished performers, schooling them in craft and technique, and challenging them to find that illusive ingredient that transforms a housewife into a house hold name.

By the end of the series, each budding new comedian will bare his or her soul on stage for the first time, performing an original five minute set to a packed, laughter-hungry audience.

Witness the transformation. Follow the chaos, the tears, the fears, the cheers and the cutting edge, clunky, clumsy, catastrophic and clever comedy as each one of these newfound heroes steps in to the spotlight, taps the spittle encrusted microphone, and says…”Is this thing on?“

Start your journey into comedy today.

We are available to chat, Monday to Friday 9AM til 5PM, otherwise we are contactable by email.

We currently hold workshops in the following capital cities: