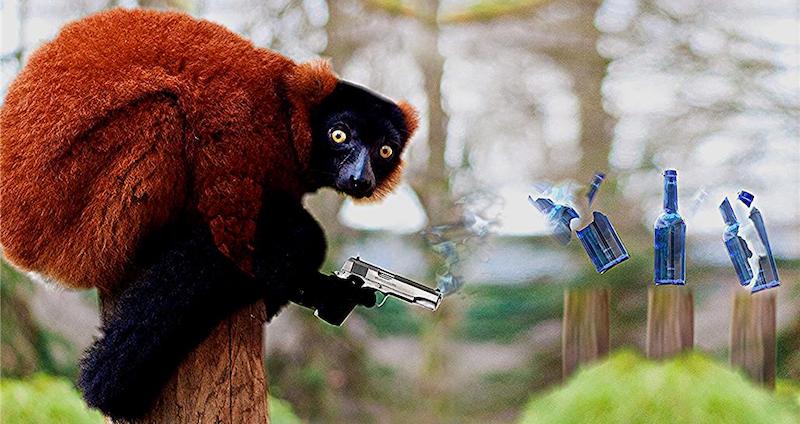 A comedian could kill on one night, but bomb on another, with the only difference being the audience. Conducting an AUDIENCE analysis, ahead of your gig, is one way you can increase the chance that you will kill in stand-up comedy. Here’s the eight letters of the acronym explained:

Comedians are not always the centre of attention. Sometimes it’s the sports on the TV, the clatter of cocktail shakers, or a table of rowdy friends. If you have the ability to influence the bar staff, have them pause while you’re on stage. In the case of a rowdy table, introduce yourself prior to the show, and build goodwill, and if the Race 8 or the footy is on the TV screens, get them turned off.

Not that you will always be performing in a pub. For the the trio of the Doug Anthony All Stars (DAAS) their stage was the streets of Canberra, where attentiveness was close to zero, unless you “just got into people’s faces.”  Says Tim Ferguson, “The good thing about busking, if you’re looking at becoming a comedian, is that you’re talking to an audience who haven’t paid to see you. They haven’t even paid five bucks (to see you) in an open mic bill with 30 other comics. So the pressure is off to grab their attention.”

Whether you talk politics, car manifolds, or luxury brands in your set, make sure your audience understands what the hell you’re talking about. Avoid jargon if possible or ‘inside jokes’. This is unless you’re performing at an office party, where being in the know will add laughs. At the same time, if there’s some current affairs that have literally happened that day that everyone is talking about, don’t be afraid to bring it up in passing. This is especially funny if you’re clearly not from the same city or country as the audience.

A bunch of footballers, women’s club, or the popular Saturday night comedy club are going to all attract different demographics, with different interests, and different tolerance for colourful language. Ask the room runner or booker who the audience is likely to be. And don’t be so proud as to drop some of your jokes. On the flip side, be careful not to stereotype. If another comedian is before you, then listen to what styles of jokes are winning and which are falling flat.

Based on your demographics, what are your audience’s interests? Should you find yourself performing at a football club, then sport is probably a safe bet. If it’s a friendly city bar, politics might be ideal. If you don’t fall into the demographic that you are performing to, then you have to get inside their head before your show. It’s too late once you grab the microphone.

Are you in a bar, all airy ballroom, or somewhere in between. The lighter your audience are packed together the more they will feed off each other’s energy.

Comedian Chris Franklin talks about one of his first gigs, “As an open mic comic, I once did show in Footscray, in Melbourne’s west. I was standing on a milk-crate with a bit of wood on it with a veranda light as a spotlight.”

The bigger they are, the longer and louder their laugh. Laughter is infectious and an audience of 20 or more engaged audience members, that are seated closely together and warmed up, will build off one another. Says School of Hard Knock Knocks co-founder, Morry Morgan, “I can still recall one of our graduation shows, that had more than a hundred in the room. MC Ben Horowitz had warmed up the room so well that when the first graduate took to the stage all she had to do was look at the audience, and they burst out laughing. Best of all, she was quick to say, ‘I’m so good. I haven’t even said anything and you’re already laughing.’ Obviously the entire night was awesome.”

In short, it’s always easier to go on after an audience is warmed up. However, if the warm-up comedian bombs badly, or worse, offends the audience, the entire audience can turn cold.

However, not all comedians prefer to go on second. Comedian Simon Kennedy is actually thrilled to be the MC and kick-off the show and has done so many times over his 20 plus year career. “I was asked to MC a lot, and I was happy to do it. ‘A’ because you got paid. And ‘B’ because I kind of enjoyed it. I know everyone wants to be the headliner. A lot of people would rather be the middle spot, the support spot, than the MC, because they are scared of warming up a room. I wasn’t. I was quite comfortable with it and loved doing it.”

What’s the expectations of the room runner or booker regarding your timing, audience engagement and level of profanity? If they asked you to do a tight 30 minute set, and you go well over, then there’s a chance you won’t be invited back. Likewise, don’t throw down ‘F bombs’ in a clean room. Find out what is expected, and you’ll have a lengthy career.

Thinking about your audience, by running through each of the letters in the AUDIENCE acronym, will help you kill in stand-up comedy and leave your audience in stitches, and not disappointment.