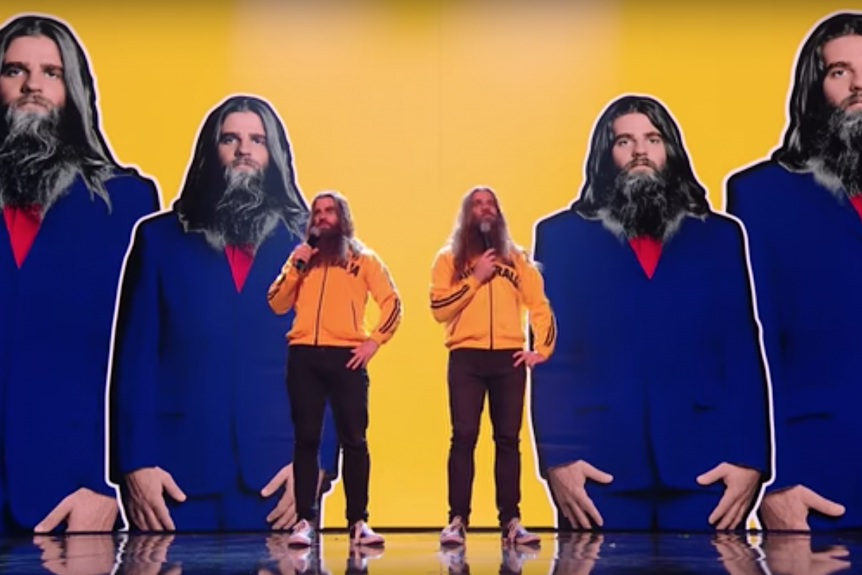 The Australian comedy circuit is tough. Unlike the US, where large comedy-club-supporting cities are separated by a few hours drive, it can take a day, or longer to get to the next audience in Oz. Worst still, these towns (yes, normally towns), are not linked by air, but by long, boring single lane roads and zero visual inspiration.

How to be a stand-up comedian

Welcome to the life of a stand-up comedian in Australia. Tough crowds, long drives, but plenty of time to think in between. Just ask Chris Franklin, Evan Hocking or the Nelson Twins – known collectively as a ‘Tarago’ when minivanning between gigs. They know the loneliness that is being four large men, with hangovers, squashed into a small rental car (rarely a Tarago). Thankfully, they are comfortable with being uncomfortable. It’s all part of a healthy stand-up comedy career in Australia. That and drinking.

Very few comedians are teetotallers. But those that are, are ‘on the wagon’ big time. Dave Hughes, aged 22, gave up alcohol, got his life in order, and *bam* he’s now an Australian living comedy legend. English comedian, Russell Brand gave up the bottle 15 years ago, and *bing, bam, boom*, he’s a global living legend. But these two are outliers. Comedy in pubs and clubs sell booze, so get used to it.

Not that there’s anything wrong with drinking on the job. In fact, buying a drink for a comedian is the easiest way to meet them and build rapport. And here’s a tip. Chris Franklin is a stickler for VB, and Greg Fleet likes his vodka neat. And having a drink with a bunch of comedians is also a great way to grow your comedic posse and learn from those around you.

Learn to be a stand-up comedian

Which is one of the benefits of being a graduate of the School of Hard Knock Knocks. Not left out to dry after graduating, instead those that complete the five-night course, whether in Adelaide, Melbourne or Sydney, are invited back (and paid!) to perform at Punchlines Comedy Club, Adelaide Fringe Festival and Melbourne International Comedy Festival (MICF). And they get to perform with some of Australia’s best – like the afore mentioned Nelson Twins, who have just returned from performing on a special episode of Britain’s Got Talent’s, The Champions, Richard Stubbs, known for his comedy on stage, TV and radio, and regular at the MICF Gala, Jeff Green.

Which leads us back to the Australian comedy circuit. Many of the School of Hard Knock Knocks’ graduates have taken their honed skills, newly acquired personal connections, and love of comedy and regularly tour. Take for example, alumni Gavin Sempel, who featured on ‘Australia’s Got Talent‘, Jarryd Goundrey, Kim Da Cruz, as well as their good friend, Billy Stiles, who collectively tour as ‘On the Road Comedy’. Or Matt O’Neill, who is regularly performing at The Comic’s Lounge, and has even opened for Steve Hughes. Or Lee Ton, Clare Elizabeth Dea, Peter Murphy and Judy Stutz, who are all performing at the Melbourne Fringe in 2019. In short, the School of Hard Knock Knocks was a springboard for their comedy career.

So what’s stopping you? Performing stand-up comedy is no longer a lonely, late night slog at open mic rooms around the city. With the School of Hard Knock Knocks, you can be launching your comedy career, and hitting the Australian comedy circuit in months!