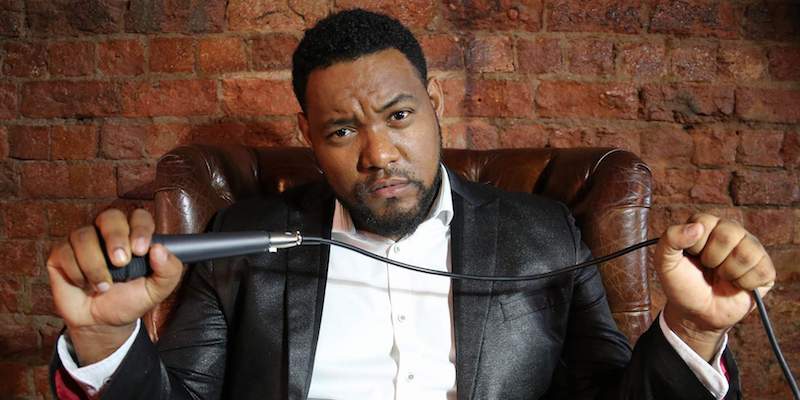 There’s few topics that are taboo when you’re part Indian, Zulu, Jewish, and plump. And in a display of misdirection, acting, and observational comedy, Carvin H Goldstone seamlessly and refreshingly discusses race, religion, accents, and doilies, without flinching. And while there is toilet humour, Carvin is completely clean, with no swearing in his comedy set.

Those familiar with South Africa will get the most out of Carvin’s jokes, as it’s full of cultural references including biryani (a rice and meat dish), The Bluff (a Durban suburb) and monkeynastix (kids’ gymnastics). But that isn’t to say that the audience were mostly South Africans – Carvin ran a quick show of hands at the outset, and only 1 in 3 followed the Springboks. The rest were thoroughly enjoying his comic timing, personal stories, and lovability.

Carvin H Goldstone’s comedy isn’t cutting, and there wasn’t a single ‘S-‘, ‘F-‘ or ‘C-word’ throughout his entire 60 minute set. But, he’s not afraid of highlighting stereotypes, playing with accents, and generally challenging PC culture. Not coincidentally, his average audience member was 40 years or older.

Carvin only did one show in Melbourne during the Comedy Festival, so unless you were sitting beside me in the audience tonight, then sorry, you missed him. But check out Carvin H Goldstone’s comedy page for future shows.