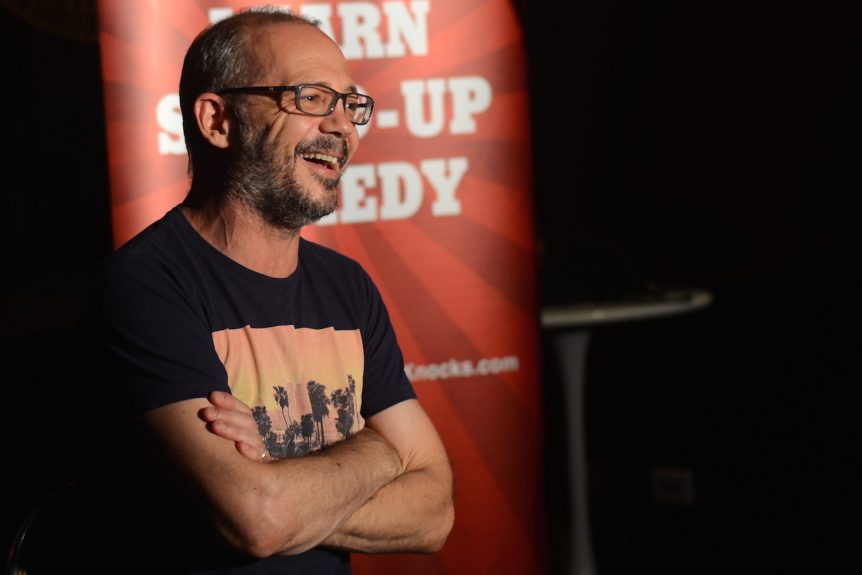 TV commercials, movies, stage and stand-up comedy – not to forget, although he’s prefer that you did, an appearance on Hey Hey, It’s Saturday’s ‘Red Faces‘ – makes  CJ Fortuna a man of many talents. More recently, he’s starred in the stand-up comedy movie, The Heckler, the screwball comedy, Spin Out, won Best Actor at the Japanese Short Film Festival for Big City, and featured in a web series called Hactresses. This man is busy.

In this School of Hard Knock Knocks podcast interview CJ Fortuna shares how he got started in the stand-up comedy, why he thinks alcohol can be a hindrance not help to a comedy career, as well as a quick plug for his own comedian interview series called ‘Comedians in Bars Drinking Beer‘. It’s almost as good as this one.

Get in contact with CJ through his Facebook page for stand-up comedy, or Active Artists for movie and TV parts.

And if you’re enjoying these podcasts, and would like to become part of a comedy community, we’ve launched our Hard Knock Knocks Podcast Community group on Facebook. It’s absolutely free to join and full of advice.