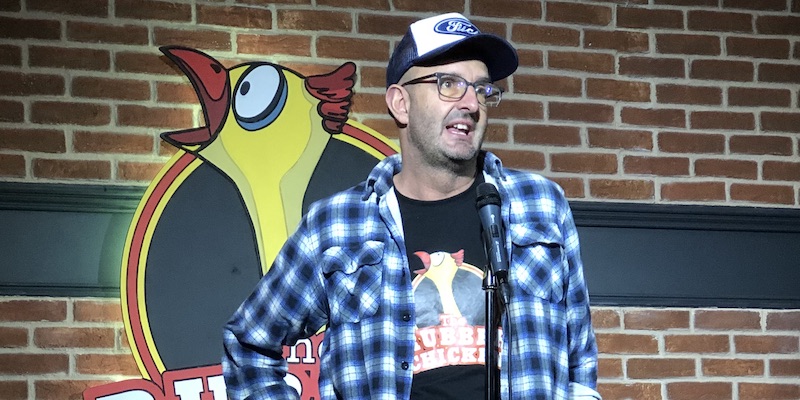 When you start out in comedy, you’re looking for stuff that is funny. When you get good, you find stuff you want to talk about, and make that funny. So says comedian Wayne Deakin. Wayne is a 20 plus year veteran of stand-up comedy, and has performed in London, New York, Las Vegas, Montreal, and all over Australia. He’s also performed to Aussie troops in the Middle East. In short, he’s experienced!

In this School of Hard Knock Knocks podcast episode straight shooter ‘Deaks’ shares his philosophy on taboo topics, discusses the wilful ignorance of audiences, and shares great advice for up and comers who prefer to perform more edgy topics.

And if you enjoy this interview with comedian Wayne Deakin, you might be interested to learn that he’s our guest comedy coach at the School of Hard Knock Knocks stand-up comedy course in Melbourne this September. Learn how to write, perform and polish your stand-up comedy with Wayne and fellow comedian, Chris Wainhouse. Check out www.schoolofhardknockknocks.com for more information and to sign up.

And while we have you, be sure to join our Facebook group. Click here to join the School of Hard Knock Knocks Community. Learn what’s happening within the stand-up comedy community, get gigs, and get connected to like minded individuals.