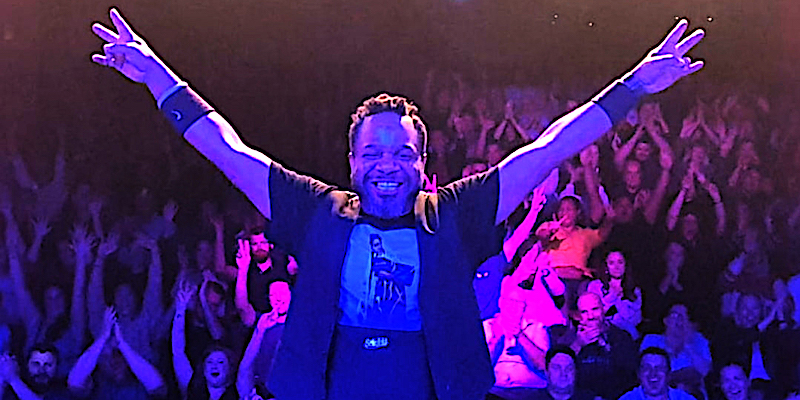 Haitian-American comedian Ashley Fils-Aime had it all. International tours, sold out shows, and supporting a mega-comedian for 11 years. But he stepped away, for love.

In this School of Hard Knock Knocks podcast episode you’ll learn how Ashley had to reinvent himself throughout life. First, growing up with grandparents in Haiti, schooling in Florida, being homeless, being the support act of Pablo Francisco, and then going it alone in Australia. Ashley also shares advice for up and coming comedians.

This is not only a podcast about comedy. Host Steve Davis and comedian Ashley Fils-Aime drops some serious philosophical bombs, son. You’ll get that reference later.