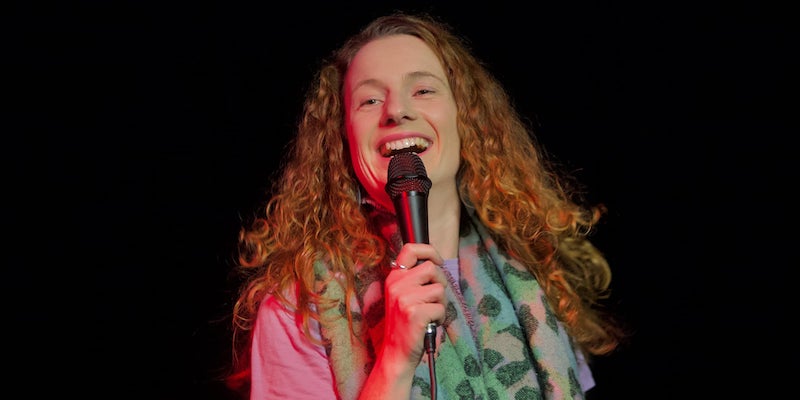 Lisa Gatenby is the Peter Pan of stand-up comedy. Having worked in the business of children’s toys for many years, Lisa admits she’s never grown up, and loves to add a level of silliness to her performance.

In this interview with Lisa Gatenby you’ll learn how she has developed her stand-up comedy skills since graduating from the Hard Knock Knocks comedy course, her upcoming Melbourne International Comedy Festival shows with fellow alumni Jeremy Dooley, called ‘3rd Life Crisis‘, and how she had to adjust her language for a US audience. Plus much more.

And if you’re interested in trying stand-up comedy, check out our upcoming comedy courses in Adelaide, Melbourne and Sydney. COVID’s gone and COMEDY is back, and the fastest way to launch your stand-up comedy career is to become a member of the Hard Knock Knocks comedy community. Over 5 nights you’ll learn how to write, perform and polish your own original stand-up comedy performance. You’ll meet an incredible community of comedy minded people, and who knows?! In a year, you too could be performing at the Melbourne International Comedy Festival just like Lisa Gatenby. Reach out to the Hard Knock Knocks team at 1300 06 8882 or email [email protected].