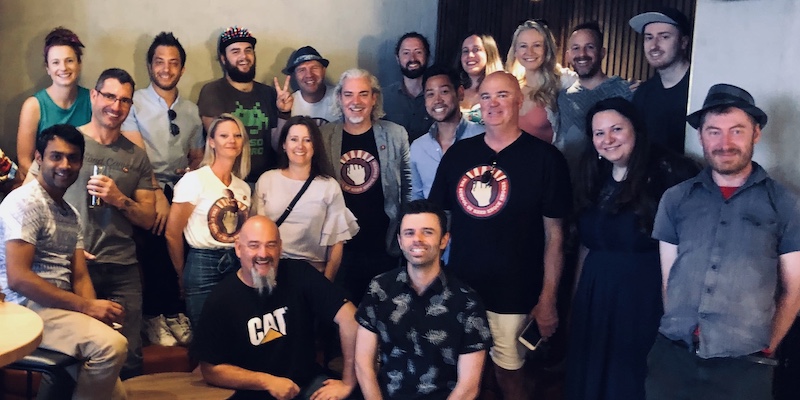 Australia runs one of the largest amateur stand-up comedy competitions – Raw Comedy. But don’t be fooled by the name. While the heat’s comic quality can be hit-or-miss, the grand final is world class. And competition is fierce!

This is what 27 graduates of the School of Hard Knock Knocks have volunteered for. These budding comedians, from Adelaide, Albury, Brisbane, Geelong, Melbourne, and Sydney, will each perform their best 5-minute set to a paying audience, and a panel of judges. Their goal is simple – to make it to the Melbourne Town Hall’s Raw Comedy Grand Final!

How many compete at Raw Comedy?

Last year, Australia’s largest joke-off attracted 1068 people competing in 63 heats, semis, and finals. Eighteen of that number were School of Hard Knock Knocks graduates, with one grad making it all the way to the Grand Final. Entrants had two caveats – that they hadn’t earned more than $500 via stand-up comedy, and had entered less than twice before – and after three months from the first joke to the final punchline, the eventual winner was announced as Sydney-based, Bec Melrose.

How do I compete at Raw Comedy?

As of writing, the entry page for Raw Comedy is still accepting sign-ups. That might change any moment, so don’t dally.

And, for those competing this year, and are after some professional help, Glynn Nicholas in Adelaide, Greg Fleet in Melbourne, and Julia Wilson in Sydney are our upcoming comedy coaches.

However, if you’re not yet ready to launch yourself head first into the comedic spotlight, and only want to observe this year, tickets for upcoming heats are now on sale. Tickets are $10 or $25 for a ‘Raw Heat Super Pass’, that gets you entry into all heats.

Whether you’re a punter or a performer, Raw Comedy is an awesome event, one one worth supporting.