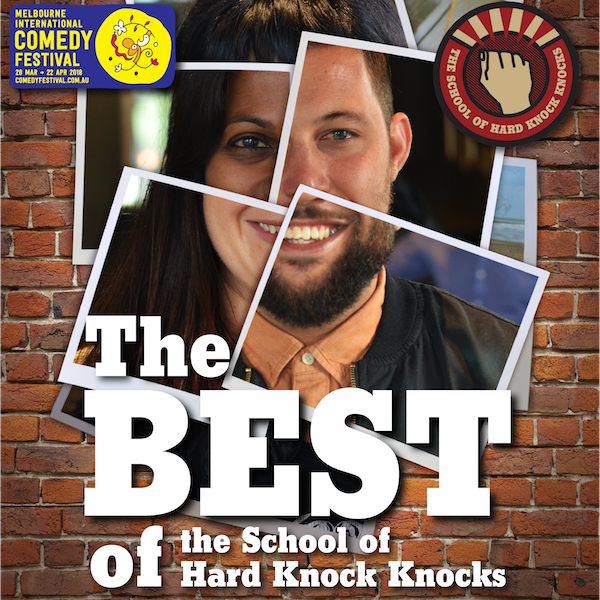 A total of 39 graduates of the School of Hard Knock Knocks will be performing at the Melbourne International Comedy Festival (MICF) this year. Each of the 12 shows, starting on April 5 and concluding on April 15, are an hour long, and include a different mix of four graduates each night, plus MC Ben Horowitz.

Ben is the co-founder of the School of Hard Knock Knocks, and has also personally coached most of the performers. “Since we founded the School of Hard Knock Knocks in 2016, we’ve had over 70 students complete the course,” says Ben. “We’ve invited a select number of grads, which we call ‘SHaKaKas’, to each perform 10 minute sets. They’ll get to perform to a new audience, and also get first hand exposure to Australia’s largest comedy festival.”

The success of the stand-up comedy school has been reflected in the recent results at Raw Comedy heats across the country. Aidan Mungai, Gavin Sempel, and Michael Vincent all made it into State Finals, and will all be performing alongside their fellow alumni.

The show, called “The Best of The School of Hard Knock Knocks”, will be performing at the The Moat restaurant, situated under the State Library of Victoria. Tickets for the 60 minute show are $20 for concession and $25 for full fee, and can be purchased from the official MICF ticket booths across the city, or online.