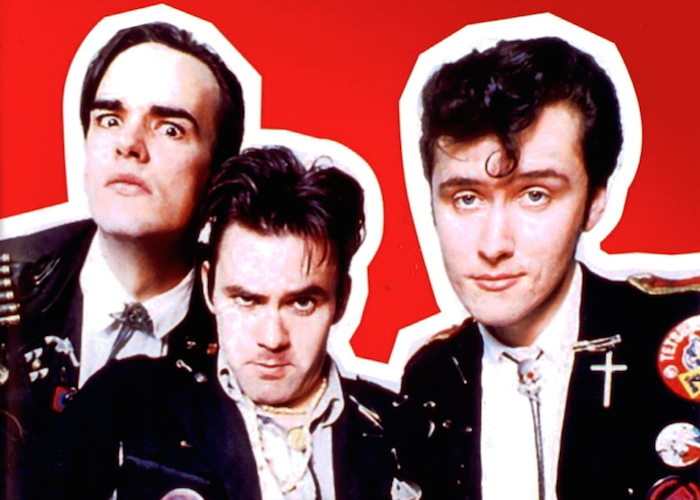 I FIRST SAW THE DOUG ANTHONY ALL STARS, or DAAS if you are in a hurry, at the Union Building in RMIT University, Melbourne.

It was 1994, and the trio had reached a decade into their abusive, in-your-face, yet somehow intellectual, comedy careers, that sprouted from the streets of Canberra where they first busked. Tim Ferguson, tall and charismatic to the left. Paul McDermott, scraggy and clearly ADHD in the middle. And poor Richard Fidler to the right, so sweet and innocent, mum’s favourite, maintaining decorum through the strum of his guitar. It was hard to believe that these three unique personalities could be friends, let alone an international musical comedy success.

But if you’ve ever driven slowly past a car accident, then you’ll understand their secret sauce. Two hundred students were packed into that university’s canteen, standing at the back and cross-legged at the front, and most knew what was in store.

“You SIR!” Screamed Tim, pointing his finger directly at me. The crowd, ten deep before me, turned in unison, as if in a Stephen King thriller. “You sir are in need of some assistance!”, Tim continued. Richard strummed lightly, in what sounded like the lead up of a song, or a death march. It’s hard to say when all of the Doug Anthony All Stars are staring at you. I gulped. I was only 19.

What was seconds felt like minutes. Everything became slow motion. I began to accept my fate.

But that hesitation was enough, for immediately in front of me another student raised his index finger to his chest and voiced, hesitantly, “Me?!”

I exhaled. The trap was tripped and it didn’t matter who the prey was.

Tim bounded over the heads of the seated students, spider-like, as he reached the victim, grabbed him forcibly under the arm, and half dragged, half carried him back to the stage. The rest was not pretty. In front of hundreds of peers, the trio reduced the hapless lad to his underwear, threw his clothes into the audience and “freed him of his sins”.

This was the Doug Anthony All Stars at their finest. It was hilarious.

Listen to the SHKK podcast interview with Tim Ferguson.