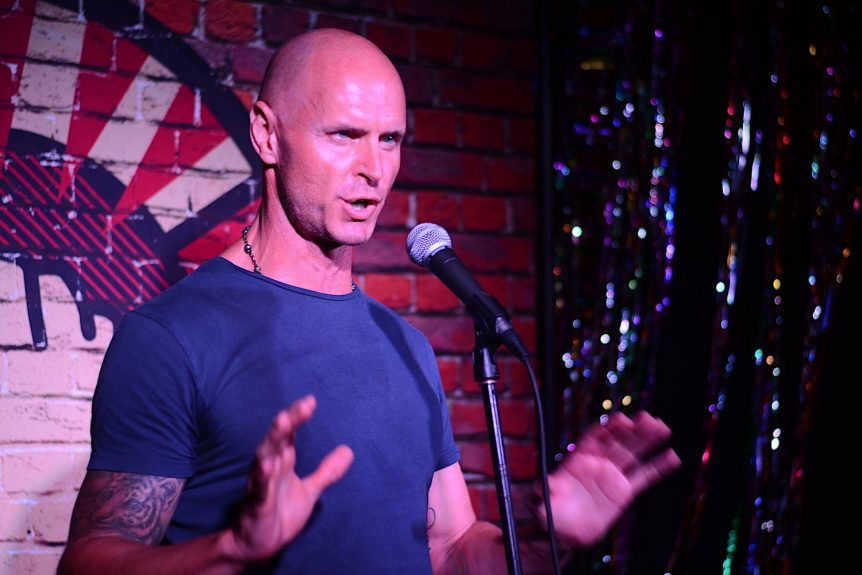 Open mic comedy rooms in Sydney have returned. But be sure to check with each room, as some Covid-19 restrictions are still in place, and may affect the number of performers and audience size.

Practice is essential to a stand-up comedy career. Sure, the School of Hard Knock Knocks stand-up comedy course will allow you to hit the ground running, but even we acknowledge that it’s still no substitute for getting up on stage, trialling your material, and bombing – often.

Here’s a regularly updated list of open mic comedy rooms in Sydney. If you know of others, or can recommend an update, please contact us.

Graduates that perform at any comedy room in Sydney or Australia-wide, and wear our official tee, and share a photo on social media will automatically receive $20! There is no limit on the number of times graduates can wear the official School of Hard Knock Knocks t-shirt on stage, so in short, the beers are on us! Hit up every open mic room in Adelaide above.

If you’re interested in becoming a School of Hard Knock Knocks graduate, be sure to join our upcoming courses in Adelaide, Melbourne or Sydney. In 2021 we’re also planning to open our Brisbane and Wellington, New Zealand courses.