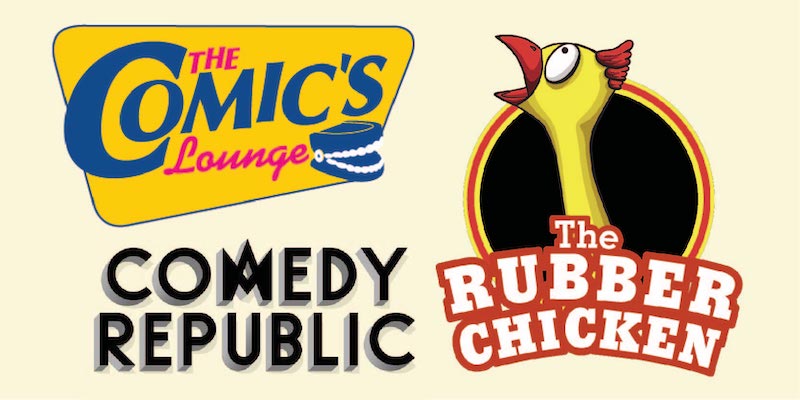 Melbourne is undoubtedly the comedy capital of Australia. The Melbourne International Comedy Festival generates in excess $17 million Aussie dollarydoos, and more people watch a stand-up comedy show during the festival than attend the AFL Grand Final series. With those numbers, it’s surprising that there’s only three dedicated comedy clubs in Melbourne. But conveniently, they are located north, central and south of the city, making stand-up comedy accessible to all Melburnians.

So who are they?

With a 400 seat capacity, the Comic’s Lounge is the biggest stand-up comedy club in Melbourne. It was also ranked number 7 in ‘The Top 10 Comedy Clubs Around the World‘, which is no mean feat. Plus, since it’s also the oldest existing club, anyone who’s anyone has performed there.

This is the comedy club that almost wasn’t. Opened five days after the 2020 Melbourne International Comedy Festival was cancelled, the The Comedy Republic suffered from bad timing, but has since bounced back with massive support from the comedic community. It’s now Melbourne’s only CBD comedy venue dedicated to stand-up comedy, and seats 150.

Where to find The Comedy Republic: 230 Bourke Street, Melbourne, Victoria, 3000

The Rubber Chicken may be the newest comedy club in Melbourne, but it boasts at being more of a ‘hub’ than a ‘club’. With two floors, outdoor deck with vertical gardens, Caribbean Restaurant, and two bars, this is the venue you can eat, drink and be merry at, any day of the week – outside of watching stand-up comedy in the 120 seat Punchlines Comedy Club upstairs. Upstairs also includes a huge (and hidden) beer garden, with tall palms, vertical garden and abundance of foliage – creating a unique oasis within the city and definitely the most unique comedy clubs in Melbourne. The Rubber Chicken also supports live music and runs other events throughout the year, including trivia and even Drag Bingo, in the Elliot Goblet Bar downstairs.