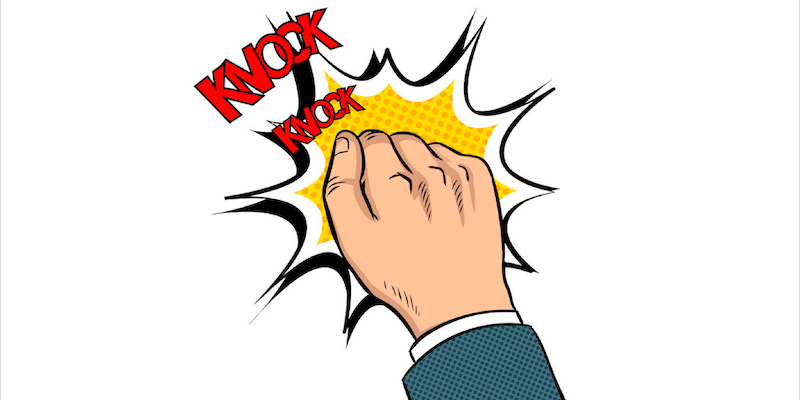 The School of Hard Knock Knocks has some of the funniest Australian stand-up comedians who coach our comedy courses. Yet ironically these comedy legends are not experts in writing knock knock jokes. Not that we teach them – they are more suitable as ‘Dad Jokes’. That being said, the School of Hard Knock Knocks is often asked, “what IS the funniest knock knock joke?”, and so, to put the matter at rest, we’ve decided to ask the comedy community for their input and votes.

Vote up (or down) the funniest knock knock joke below. Better still, add your own!

Submit a knock knock jokeLogin0/2000Hold on

If you’re a stand-up comedy fan, and would like to join a supportive community of comedy lovers, then be sure to join the School of Hard Knock Knocks Community on Facebook. Better still, join our upcoming stand-up comedy courses in Adelaide, Melbourne and Sydney. Courses run from Sunday to Thursday, 6.30 pm to 9.30 pm. Plus, you’ll get access to our online stand-up comedy course, narrated by veteran comedian Greg Fleet, as well as a professionally produced video of your graduation in front of a huge paying audience. Graduates are also paid to perform at the Adelaide Fringe and Melbourne International Comedy Festival, as well as Punchlines Comedy Club in Port Melbourne.