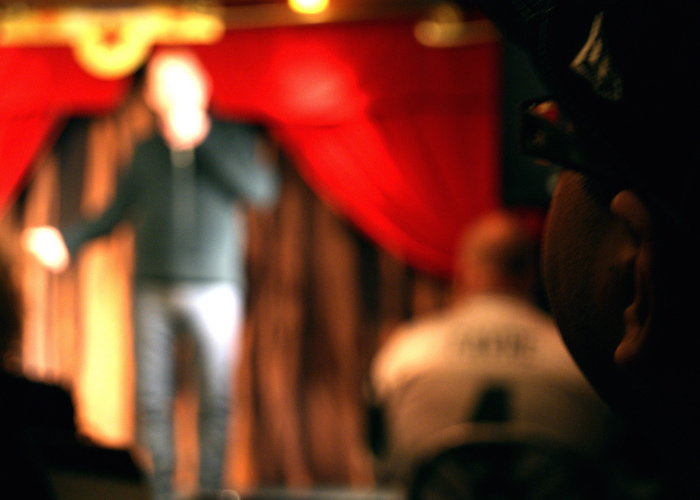 There’s many reasons why you should learn stand-up comedy with the School of Hard Knock Knocks. So which category do you fit into?

The most obvious reason is that you want to be a stand-up comedian. And that’s a great reason. Melbourne is comedy central in Australia, thanks mostly to the ‘Melbourne International Comedy Festival’ every March, but also the small stalwart bars and clubs around the city that run open mic sessions, and then pay for experienced acts. Being involved in this culture is exciting and can lead to international fame.

Life’s for living! And few can say they’ve stood up on stage and delivered 5-minutes of good/bad/ugly comedy to a paying audience. But not you! After this School of Hard Knock Knocks stand-up comedy course you’ll have ticked off that life experience, and be able to move on to the Running of the Bulls and nude skydiving.

You’re only qualification to speak at the upcoming wedding is you knew Steve longer than anyone else. You don’t have any presentation skills, you have trouble remembering punchlines, and now Steve expects you to entertain an audience of 200, mostly from the country. A stand-up comedy course might just get you through the evening with your dignity intact.

What do you get your best friend on their 21st? If they are the joker of your little gang, then a stand-up comedy course would be ideal. They’ll remember the experience for life, and you’ll get to hear a higher quality of joke and storytelling on your next road-trip to Queensland.

Nothing binds a team closer together than a harrowing experience. A mountain trek is dangerous, and heading off to Bali is expensive and a potential marriage breaker. But stand-up comedy! Now that’s a safe, yet terrifying, experience that will bring the accounts team together once and for all!