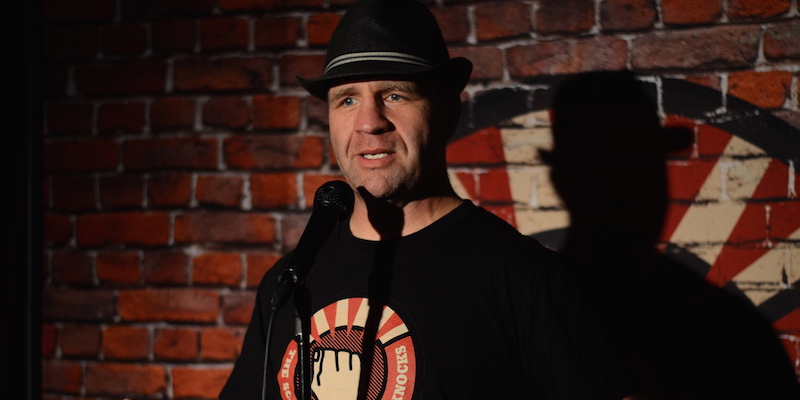 His first brush with the amateur competition was in 2002, and although he did pick up two footy club gigs immediately after, he got no further.

“The gig was huge,” says Ben reminiscing of his first brush with fame. “There were over 500 people in the audience, and Greg Fleet was MCing. I didn’t make it past the heat, and that’s because my content was filth. Even though I got the laughs, they were cheap laughs.”

Eight years later, in 2010, and armed with a cleaner set, Ben registered again and this time, in his words, he smashed it!

“I won my heat and semi finals by a country mile, and then got into the Victorian State Finals with two, at that time, unknowns – Anne Edmonds and Ronny Chieng.” Ben, Anne and Ronny were the last three to perform, with Ben on very last. Anne Edmonds went on to win the Victorian final, getting her into the national finals. Ronny also made the national finals with a wild card entry. But Ben missed out. The reason?  “My mistake was that I rehearsed too much. I was two robotic and unnatural on stage,” says Ben.

Getting so close, but missing out was a personal blow for Ben. But he’s endured worse. In 2013, he tried out one more time, and this time, he thought he had it in the bag.

“After my heat, Danny McGinlay came up to me and said ‘if you keep doing that, there’s no reason you won’t win the whole thing’.” But in an ironic twist, rehearsals – or lack there of – would be Ben’s downfall.

“I thought I had 2013 in the bag, but I was a schmuck!” says Ben. “I rehearsed for the heats, but then didn’t want to fall into the same trap as 2010 and sounding too rote. So I stopped rehearsing, thinking it would make me sound more natural.” That tactic backfired, and Ben never made it to the final.

Ben brings this experience to the School of Hard Knock Knocks’ stand-up comedy courses, helping those comedians who want to try their hand at winning comedy’s coveted prize. Other guest comedians of the school, who have also competed at RAW, include Doug Chappel, and Chris Franklin. Both competed in 1998, with Chris winning the national final, and later two ARIA nominations for his single, “Bloke.” Yes, RAW can opened comedy doors.

But Doug, who like Chris went on to build a very solid comedy career post-RAW, warns that winning is only one of the many ways to build a personal brand as a comedians. “I tell new comics,” says Doug, “Don’t put so much pressure on yourself for RAW. A contest doesn’t define your comedy career – you do.”

With that said, here’s the link to register for RAW Comedy 2019.