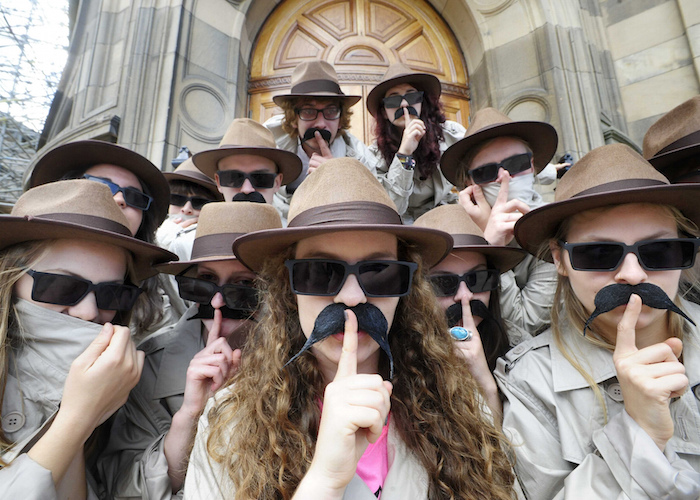 IF YOU ARE READING THIS, then chances are you like, nay, you love stand-up comedy. You love its rawness, its randomness, combined with the closeness you feel, of having a one-on-one conversation. But this is what you don’t know about this odd profession:

Stand-up comedy began in the 18th century! We’re in the 21st century now, which means stand-up is around 300 years old. Not that that will impress your local bank branch manager, should you be applying for a mortgage. Sadly, this form of collateral isn’t recognised by ‘banks’.

For the same reason Mick Jagger doesn’t have ‘Jump Back: The Best of The Rolling Stones’ in his playlist, you shouldn’t expect to keep enjoying your own jokes. If you still laugh at your jokes, then you haven’t delivered them enough. That doesn’t make them any less funny for you audience though.

3. It’s harder than it looks

Stand-up comedy is like the worst job interview you’ve ever had. You’ve prepared, sure, but now there’s 50 people staring at you, looking to be impressed. Jim Jefferies compares stand-up comedy to acting, stating that acting is “harder than a lot of things in life, but it’s not as hard as stand-up comedy.” That’s right folks! Once you’ve done a stand-up gig, you’re one step ahead of Matt LeBlanc.

4. Stand-up comedians lie, or do they?

No one said you have to tell the truth as a stand-up. But, chances are, most of the stories you will hear are based on a variation of the truth. Which bits are true, and which have been remodelled, well, you may never know. That’s why you should never invite you mum to your gigs. In fact, while we’re on the topic, leave all your friends and family at home. It’s makes it easier to lie.

It’s a sad world we live in, but yes, most comedians start by having a day job as well. Before Ricky Gervais found his comedic career, he worked as the manager for Suede. True!  Tony Martin, of the D-Generation fame, was a radio copy writer before comedy, and American comedian, Steve Martin, was also a writer, but for a TV show, called ‘The Smothers Brothers Comedy Hour’.

So with all that said, do you still want to be a stand-up comedian? If so, join us for our next course by clicking here.