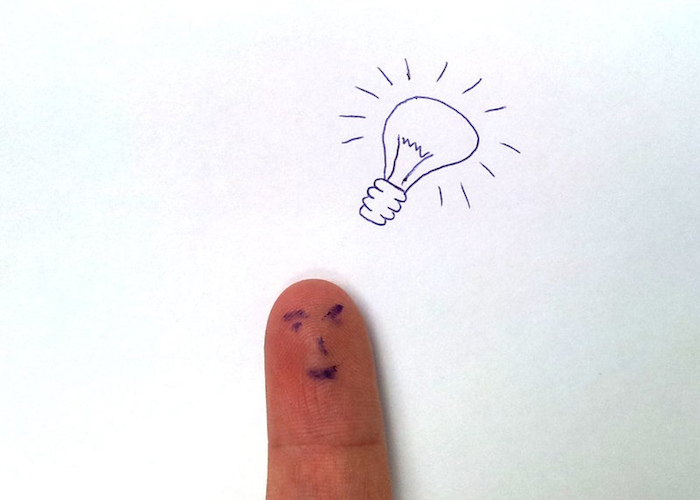 Generating ideas for stand-up comedy is difficult at the best of times. Just about any topic is open game, but that freedom doesn’t make joke writing easier. If anything, the brain needs constraint to help flex the creative muscle.

Here’s four constraints that we use at the School of Hard Knock Knocks to help our students generate ideas for stand-up comedy:

Have you backpacked around Australia, Europe or the entire world? Have you had triplets, or been brought up with seven other siblings? All of these experiences make for good comedy. Even if your life has been relatively mundane, that in itself can be comical. Tell someone else your experiences, and see to which areas in your story they are attracted.

We spend around 40 days of the week at work, so use this as a source for inspiration. Is there an odd colleague, strange manager, or Gollum-like creature in accounting? Alternatively, you could talk about some soul-destroying jobs you’ve had in the past. Again, bounce stories of your work life off another person and see which stick.

Now we’re getting creative! The random word technique allows users to be truly creative by reducing the cliche and the expected. It’s very hard for us to create completely new ideas. This is because our brain is hard-wired to think a certain way, based on habit, memories and language. However, we can create new neural pathways by inserting a random thought.

In our stand-up comedy course, we ask the students to visit the website ‘watchout4snakes‘, a very simple random word generator by…well, we’re not exactly sure. Once on the website, clicking on ‘phrase’ gives two random words – typically an adjective and noun. In the example above ‘flamboyant kidnapper’ is generated.

The skill of using random words is not to literally write a joke about a flamboyant kidnapper, or event a camp criminal (although that could be funny). Rather use flamboyant and kidnapper as stepping stones towards other ideas. For example, flamboyant might remind you of the the Sydney Mardi Gras, which in turn makes you think about the cleanup effort of millions of tons of confetti. You’ve jumped from flamboyant to street party to confetti. Now write a joke about confetti (without any reference to flamboyant).

Alternatively the word kidnapper might remind you of the movie Home Alone, and specifically Macaulay Culkin. This then reminds you of child actors in general. Now write a joke about child actors.

What do all restaurants have? You might have said “tables”. Now imagine a situation where a restaurant didn’t have tables. This is the premise. Answer the following:

When you omit a given, you create a new reality. This creates new patterns of thinking and is an awesome way of generating ideas for stand-up comedy

Join the School of Hard Knock Knocks mailing list to receive upcoming stand-up comedy course information, and learn these and other techniques to generate, write, polish and perform you own tight-five stand-up comedy set.