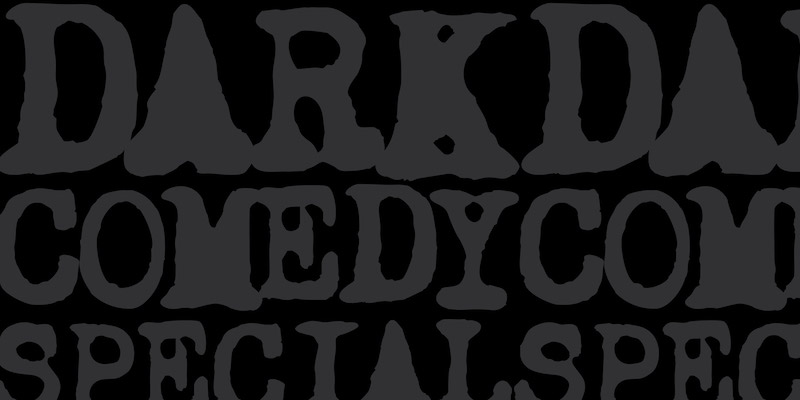 Australia is home to some stellar dark comedians. Before we get into our top five however, what even is dark comedy? As a somewhat controversial topic, it is often misunderstood.

What is dark comedy?

Mental health struggles, addiction, divorce, death, you name it. If’s clearly not reminding you of rainbows and unicorns, then it’s most likely ‘dark’. And it’s not about being offensive, although that is often the case for some ‘snowflakes’, who, let’s face it, shouldn’t be watching stand-up comedy in the first place. Most importantly ‘dark comedy’ is NOT defined by tasteless rape jokes, although that topic is definitely dark. With that being said, award winning comedian, Christopher Wainhouse says, “there’s no taboo topics. The darker the joke, the funnier the punchline.”

Why do comedians use dark comedy?

Answering this question takes us back to the purpose and benefits of comedy in general – to make light of the absurdities in the world; whether from the comedian’s own life experiences or from observations about the state of the world, comedians pull apart and break down the contradictions in life. It can bring people together, through a feeling of “we’re in this together, and despite the challenges of life, we’re ok.”

Dark comedy can do the same, only with darker subjects. Some dark comedians make light of their own struggles with death or addiction or other problems, which can help them cope. Others make light of dark news events like mass shootings, uncovering a hard truth. Comedy has been shown to increase resilience by lowering stress. At its best, dark comedy can help people cope and get through the toughest of times.

For example, stand-up comedy can help mental health. By analysing dark situations from new angles, comedy lets people view issues in a healthier, more balanced way, without getting sucked into looking at things out of proportion. This naturally links to the argument that humour, especially dark humour, is linked to intelligence. But that’s a whole other story.

So who are our favourite five Australian comedians making waves in the field of dark comedy?

Formerly known as Katie Burch until marrying fellow comedian Chris Wainhouse, Katie is one of the darkest comedians on the Australian circuit. With her at times expressionless delivery, Katie’s jokes are doubly sharp and not for the slow witted.

British-born, but raised in Melbourne, Matt O’Neill gets away with some of the darkest comedy, thanks to his nerdy demeanour and cuddly appearance. Matt has a surprisingly large collection of daggy jumpers and assorted English tracksuit tops which have become his trademark.

His unique style has led to plenty of success in his over 15 years in comedy so far: From making the state finals of RAW Comedy competition in 2002 and winning the So You Think You’re Funny? and Angling for a Laugh competitions in 2004, to performing in London and alongside Dave Chappelle in New York, Johnny Kats has done it all.

Since returning to Australia, Johnny has been hosting his own comedy radio programme, Johnny & Jody, to consistent top ratings on NOVA100.

Edinburgh Fringe Festival ‘Best Comedy Show’ winner, Brendon Burns is well known in the UK for his ability to touch on, nay, sledgehammer touchy topics. His award-winning UK show, ‘So I suppose this is offensive now’ launched his global comedy career, and now he appears in Hollywood movies, alongside Ricky Gervais.

Australian Jim Jefferies is possibly more famous in the US than Australia; he most certainly is more successful. And part of that success is Jim’s comfortableness with making his US audience feel uncomfortable – whether that’s gun control, prostitution or what the Sydney Morning Herald has labelled as plain and simple misogyny. You be the judge – Jim Jefferies is performing in June and July.