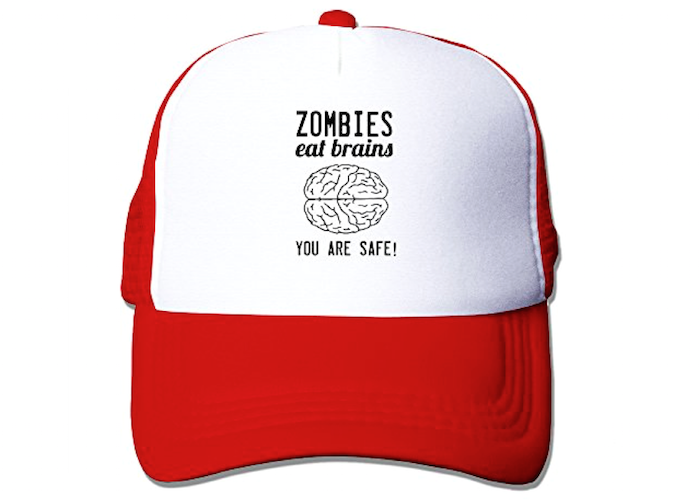 FIRST THERE WAS ‘SHAUN OF THE DEAD’. Up until then zombies were only grotesque, not hilarious. But Simon Pegg and Nick Frost changed the rules proving that zombies could be slap-stick, while you slapped them over the head with a stick, or a baseball bat. You get my meaning.

Now’s there’s Australian ‘Me and My Mates vs. The Zombie Apocalypse‘. Much like ‘Snakes on Planes’,  ‘Me and My Mates vs. The Zombie Apocalypse’ gives away the plot in the title. But few watch zombie movies, even serious ones, for any twist. Unless that’s the twisting off of some unfortunate’s head. ‘Me and My Mates’ (which is what I’ll call, since it’s an incredibly long title) centres on a mid-twenties telecom tradesman named Darryl (Alex Williamson), who winds up getting trapped in a telephone exchange with two bosses (Greg Fleet and Jim Jefferies). Like any great zombie movie, the world goes to crap as a personal drama unfolds between them – in this case, Daryl shagging his boss’s daughter.

You might have noticed that all three lead actors in ‘Me and My Mates’ are probably better known for their stand-up comedy, than their acting careers (Yes, Greg. We know you killed Daphne in Neighbours). Which proves that the cross-over from stand-up to silk screen is not just limited to North American comedians, like Jim Carrey and Robin Williams. Sadly zombies are still fictitious, so Robin William’s comeback is still TBA (too soon?).

So what now makes zombies so funny?

Firstly, they are undead, so they can take a literal beating that a living person couldn’t, and this leads to obvious golden one-liner material. Ripping off their arm, handing it back to them and saying “I thought you needed a hand”, would have the Bold and Beautiful viewers quickly switching to other mind numbing day-time TV. But when the lead actors are zombies, rather than the viewers, this type of humour is possible.

Secondly, stress is the right environment for comedy, and being chased by a horde of undead couldn’t be any more stressful. “This wasn’t in the pamphlet!” is the one liner that I’ve saved up for just that occasion.

Which leads me to this obvious segue – the School of Hard Knock Knocks isn’t nearly as dangerous in generating original comedic one-liners. In fact, no one has been eaten, or even been attacked by a zombie, during our courses. BUT, if there was a zombie apocalypse, particularly last August, being at the School of Hard Knock Knocks course could be your safest option. Greg Fleet, aka ‘Roy’ from ‘Me and My Mates’ was our guest comedian!